The Road to San Jacinto: Retracing the Route of Sam Houston's Army
Who Will Stand Up for Albert Brintzenhofe?
The Forgotten Tycoon
Published in the Fall 2016 edition of the New York Archives Magazine.
Steel's, A Forgotten Stock Market Scandal From The 1920's
Leonard Rambler Steel was a visionary entrepreneur who created a silent film to sell stock to 60,000 people.
The Short Unlucky Life of Cyrus Pickard
An 1871 murder and bungled execution in a small Canadian town are researched in detail.

Investment Plans and Ideas for 2020
Business Development Companies
Investment Ideas for 2019
This Cryptocurrency was Created by a Cat
Investment Ideas and Plans for 2018
Another good year is ahead.
Is this Rally Real?
My take on the current market rally
Investment Plans for 2017
My annual attempt to predict market trends.
Peak Stuff and Slow Growth
Maybe we have slow economic growth because we are at "peak stuff."
Why Are Preferred Stocks Such A Good Deal?
Preferred stocks may be exactly what investors are looking for given today's low interest rates.

The Abortion Argument
A thought experiment that may help to clarify the discussion.
Socialism and Gambling
Fixing Obamacare is Easy
My three step solution
The Replacement for ObamaCare
A national market for health insurance would lower costs and allow policies to be tailored to the specific needs of various groups.
Thanks to Mrs. Meese
I want to thank Mrs. Meese for terrorizing me with poetry.
Form Response to a Form Rejection Letter
Have you ever gotten a form rejection letter that was just dripping with sincerity?
The ObamaCare Shoe Store
You can see why ObamaCare will fail by trying to apply the concept to another type of business, shoe stores.
Why the Warmies are Wrong
The confusion behind most global warming discussions.
Memories of Professor Hospers
Fond memories of my favorite professor from college. 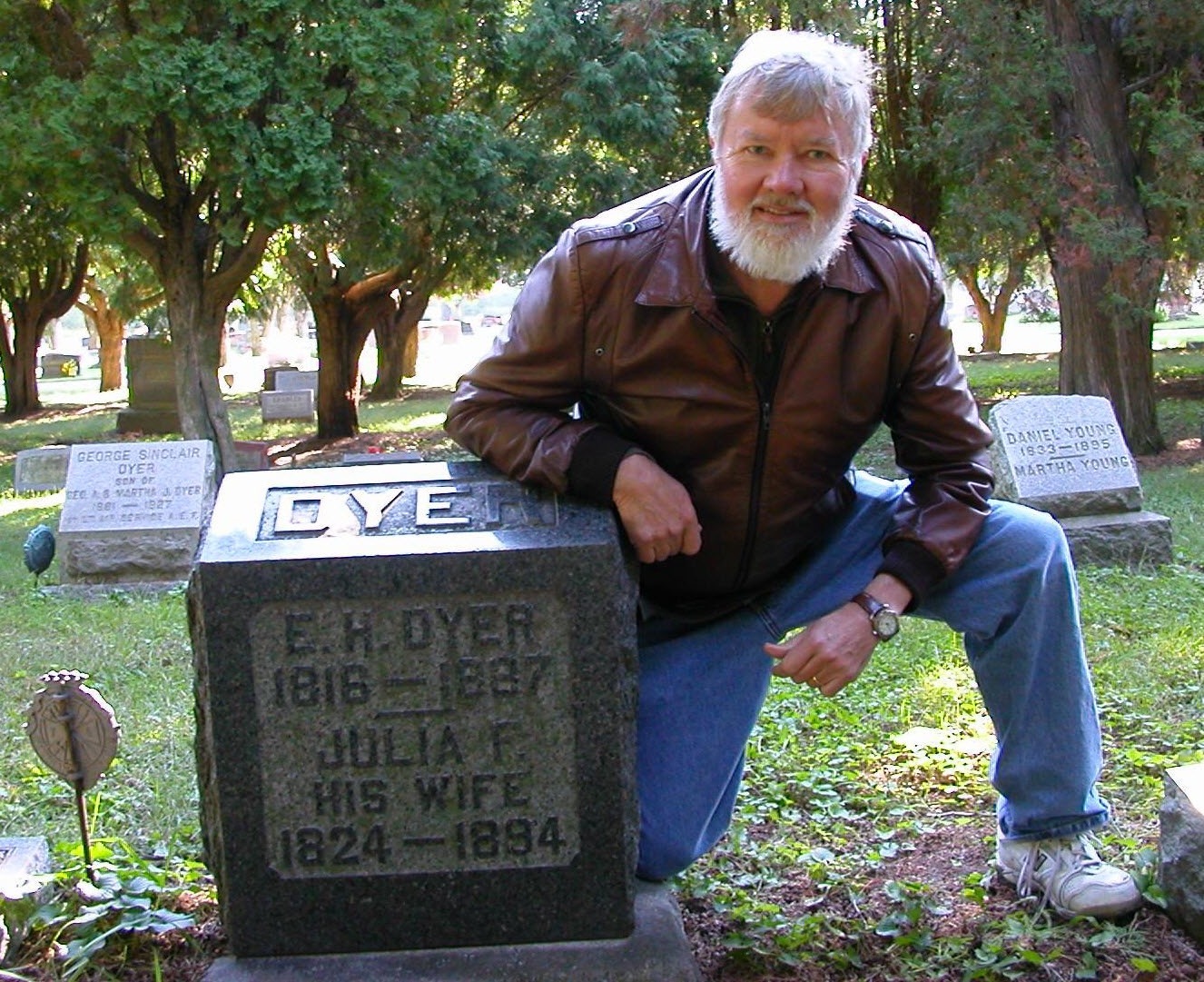 I have one full-time job and two part-time jobs but none of them seem like work to me. I’m a full-time independent investor who specializes in growth stocks. Finding and researching new investment opportunities is a thrill. For the past ten years I have been a guest host on a radio talk show about investing, but I am not currently doing that. For my part-time job, I participate in a non-profit that manages a 21-acre inner-city nature park.

My other part-time job is more relevant to this website, i.e., writing. I have several hundred publications including stock market newsletters, essays on financial topics, newspaper editorials, and history articles. I have written a history book about a forgotten tycoon from the Roaring Twenties who used a silent film to promote the sale stock in his company. It was published in 2013 by Syracuse University Press. Also, I had a monthly history column in a local magazine that was based on finding the exact location of a historical event and then visiting to see what was there now. I used this same technique to investigate an 1871 murder by one of my ancestors in a small Canadian town.

My interest in history is based on trying to understand why my ancestors behaved so badly. Two of them were hanged in public and another killed himself by drinking acid. Several others vanished leaving behind wives and children, or just children. There is a lot of good material here. I am currently researching my great great grandfather, Eseck H. Dyer, who left his wife and four kids on the farm to join the Union Army during the Civil War at the ripe old age of 46. And it did not work out well.

I went to graduate school at the University of Michigan to get a Ph.D. in philosophy, but I left with only an M.A. degree. Since there were very few academic jobs available at the time, I may have saved myself some frustration. I did teach a symbolic logic course at Michigan for a year or two. The highlight of my academic career at Michigan was writing my “Form Response to a Form Rejection Letter.” It became sort of an underground cult classic among unhappy jobseekers, but it certainly did not advance my career. Another favorite of mine from that era was a document called “On Sobriety” which was a response to someone who claimed that drinking too much must be a disease because it had symptoms. I recounted the symptoms of sobriety, including my favorite: “…a costly passion for fresh fruit and vegetables.” I have an unfortunate ability to see the humor in things that others take seriously; that did not necessarily endear me to any of my managers when I made it into the business world.

I left Ann Arbor to seek my fortune in Houston like many other people at the time. I picked Houston because I could play tennis year around and the fishing was good. Also, back in those days of the Global Cooling scare, the media was predicting the next ice age so I figured I could get a few more years out of a warm place before the glaciers moved in.

I had very little idea of what people actually did for a living, but kept seeing well-dressed people going places in nice cars so I was encouraged by signs of prosperity. I thought they might be going to work, but I was wrong; they were going to lunch. I never got up early enough to see anyone go to work

Eventually, I got hired and spent about 20 uninspired years in the computer industry doing sales, marketing, program management, and project management. I managed to stay at one company four years, but I worked for eight different people during that time, including one guy who went crazy and was led away drooling and mumbling, never to be seen again. I describe my business career as “wearing suits, sitting in meetings with people I did not like, and talking about stuff I wasn’t interested in.”

I didn’t have enough respect for authority to be happy in the corporate world so I saved money and invested heavily. I had real estate in Houston, Las Vegas and Tampa. When the Internet became available, I started trading stocks on-line and I never looked back. I achieved exit velocity from corporate America in 1999—a wage slave who bought his freedom.